In the work that I do throughout the world, I find myself in many neo-pagan/wiccan circles and groups. Among these groups, I see considerable appropriation of indigenous peoples customs and languages into what they do. It’s rampant. The amount of white people that I hear saying “a’ho” or “hihanni waste” in the United States is immeasurable, burning white sage, running “native sweats”, building “native drums”, singing “native songs”. I can go to a grocery store and find sage, cedar and sweet grass for sale. You won’t find these in grocery stores that most indigenous people can afford to shop at, you will find them in places like Whole Foods, PCC, Co-Ops, and any high end “white” grocery stores. Safeway, Winco, Albertsons, Dollar General, or Krogers. Your chances are pretty low to find them there, and they shouldn’t be there in the first place, but that’s an entirely different conversation to be had.

Appropriation is inherently evil and is a bad thing. Yes, I said that. There is no such thing as good or honest appropriation. Today, in the United States, we generally hear about appropriation in the context of white or white presenting people taking culture, customs, and clothing from the Indigenous people of North America, and incorporating them into what they do. Pretendians. Lakota-Dakota-Nakota people would likely brand them all Wasi’chu, ones who take the fat, greedy.

The exchange of knowledge among peoples, particularly those who are on the same land mass, has been a way of human evolution since time immemorial. It’s how we developed our languages, how we survived the coldest winters and blistering hot summers, plagues, famines, and how we became who we are today, indigenous or not. 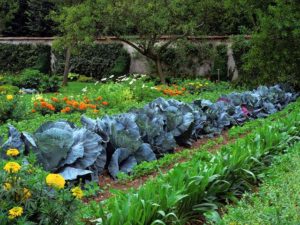 Right now, you have a garden (you better have one), and it’s doing okay, it produces just enough for what you need, but that’s the limit of it. You travel to a friends house and see their garden exploding with abundance. Food is twice the size of yours and they have five times the crop yield. Chances are, you’re going to want to find out what they did and how they did it. You’re going to ask them, and they will probably teach you. You will learn new language, words like ‘loam’ or ‘vermiculite’ or ‘ericaceous’. You will learn chemistry that you didn’t know before, and discover tools that you may not have known about until they showed you. You will gain skills and knowledge to take home and make your garden abundant just like theirs. You will then take that knowledge and apply it your garden and feast for years to come on your bounty. Then you’re going to teach your children how to do it, and they will teach their children. Your neighbor will come over and ask you to teach them, and in turn, they will teach their neighbor, and soon, all of you will have abundant and beautiful gardens all because that one person figured it out, shared, and contributed to the evolution of the species.

This is dissemination, not appropriation.

Appropriation is the ugly side of it all. Wearing a headdress or traditional ceremonial clothing, running rituals that aren’t yours, or claiming you are indigenous to somewhere that you aren’t. Breaking into someones office and taking their invention before they patent it, and filing your own patent claiming you invented it. Going to that same friends home, reading their gardening journal without permission, and then marketing all of the ideas as your own. Appropriation is what Christians have done to indigenous people all across the globe, and it is what colonizers and imperialists have done throughout time. 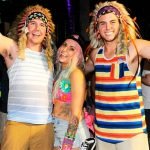 We, as indigenous people, are a little bitter about it. We don’t like it very much, and we have pushed our awareness about it to new levels. We have been oppressed, murdered, raped, and had our culture ripped away from us only to watch much of it turn into white culture. It’s kind of a thing for us. We do however, love to teach and share, we love to disseminate to those who don’t show up expecting that they are owed the knowledge.

We indigenous people have also appropriated. We have taken things from our neighboring peoples and incorporated it into our own ways without permission. We have murdered, raped, and stolen too. Yes, it’s bad when we do it, we are not exempt from committing evil acts because we are enlightened and connected to the world and the spirits and our ancestors, we are completely capable of, and have demonstrated, being monsters long before empires or white people showed up.

I often hear the “white” argument justifying what they have done by comparing what we have done to our own people, as if that makes it any better or somehow acceptable. It doesn’t. Bad is bad. It’s pretty much a universal rule.

Tribes of North America have done the same thing Today, you will find cedar, sage, tobacco, and sweet grass being used in places where it doesn’t grow by people who had ancestors that never used it, let alone having ever seen it or even heard of it, but there it was at the pow-wow yesterday.

While at Standing Rock, I had a member of a tribe get mad at me for using sweet grass, which grows abundantly where my people are from along the Pite River in modern Sweden, but doesn’t grow where this tribal member was from in the Southeastern United States. He insisted that I appropriated from his culture, from “Indian ways” and after I listened to everything he said, he refused to listen to the story of my people, to learn what sweet grass is to us, and how we use it and have always used it. Instead, he called me white and wanted to fight me about it. Eventually, after leaving because he wasn’t getting anywhere with me in an argument, he calmed himself and came back to apologize after he was spoken to by a few elders in the camp about who I was. He finally sat down to learn my ways with sweet grass. His understanding of this plant has expanded so much beyond what little he knew about it before, it blew his mind to learn that it was even in Europe to begin with, and not a unique plant to just this continent. This initial reaction is common among indigenous people, that knee-jerk “you stole from us” mentality, and it is well justified, even if wrongly placed at times.

Cultures who disseminate can unify over dissemination. This is happening in North America. Some customs and traditions of one tribe, are being universally recognized by all of them across the continent. It has begun to unify the indigenous people of North America so that they can fight the bigger shared common threats together, as a united Indian Country rather than individual small tribes taking on the United States or Canada. This is what causes fear among colonizers, indigenous people uniting in a fight for their rights, bucking the divide and conquer imperial ways.

This unification can be good, but it can also be bad.

For the Sámi, in particular smaller and nearly extinct Sámi people like the Pite, the influx and colonial recognition by Norway, Sweden, and Finland for higher population Sámi peoples’ language, customs, and traditions, like the Northern Sámi, further pushes us into obscurity, while being rejoiced by the majority of Sámi people as we are finally being recognized as an indigenous people.

But our languages aren’t all the same. Just like tribes in North America have different languages, even neighboring tribes can differ. Government offices have recognized one Sámi language as “official” and not others, even in areas where there are no Sámi who use that particular language, we are forced to use one that isn’t ours. We become homogenized, because that’s what colonialism and empires do to people, even when they are trying to do good, they aren’t. We all look the same and dress similar, and might sound the same to these outside colonizers, so they lump us all in the same category, assuming that we all herd reindeer and only live in the snow where no one else would want to live. We couldn’t possibly be farmers or fishers or engineers.

Bottom line: Appropriation = bad. Dissemination = good. That’s what I am doing here, I am disseminating, because we are dying, and if we take this knowledge with us, then it is gone forever, lost to the ages, lost to our oppressors.