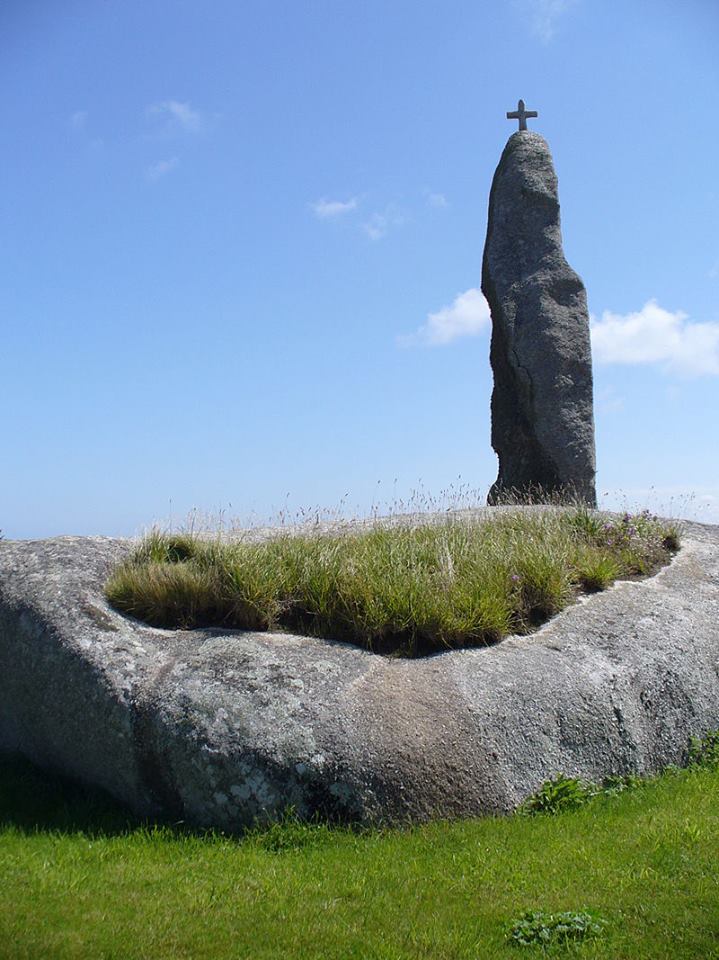 Interpretatio christiana – adapting non-christian elements of culture and historical facts into the worldview of Christianity. 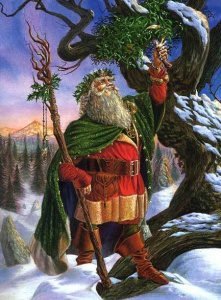 Conversions were easier if people were allowed to retain the outward forms of their traditions while changing the object of their veneration to the Christian god.

Change calendars, manipulate the meaning of feasts, remove sacred places and objects and build churches where they once stood. Take their artifacts until they are lost from memory, and then reintroduce them with a Christian story.

In Sulpicius Severus’ book on the life of Saint Martin of Tours, he writes of the dedicated destroyer of pagan sites:

“wherever he destroyed heathen temples, there he used immediately to build either churches or monasteries”

Pope Gregory I wrote to Mellitus, first Bishop of London:

“that the temples of the idols in that nation ought not to be destroyed; but let the idols that are in them be destroyed; let water be consecrated and sprinkled in the said temples, let altars be erected, and relics placed there. For if those temples are well built, it is requisite that they be converted from the worship of devils to the service of the true God; that the nation, seeing that their temples are not destroyed, may remove error from their hearts, and knowing and adoring the true God, may the more freely resort to the places to which they have been accustomed.”

This can be seen in this image. This is a Menhir, a sacred standing stone to the pagans. When Christian missionaries arrived, they affixed a cross on top of it, and made it a sacred Christian site.

Most of the indigenous Germanic Tribal beliefs and values were forcibly evolved into Christian values through reinterpretation by missionaries, and with it, the Christian narrative also changed to incorporate the long held pagan values that many Tribes could not let go of, the natural world would not allow for it.

Germanic deities were converted into Christian demons, festivals and feasts were changed into celebrations of prominent Christian figures, dates of Christian births and deaths were adjusted to match the pagan dates. Miracles and magic of the pagan world also entered into the Christian narrative.

Any elements that could not be made to fit into Christianity, or that Christianity could not adjust itself to incorporate, especially the darker side of pagan practices like sacrifices and shadow work, were labeled as works of the Christian devil and were being propagated to undermine and corrupt Christianity. They could then be used to manipulate newly converted Tribal people from reverting back to the ways of their ancestors with terrorism and fear of eternal damnation.

Those pagans who would not let go of their traditional and indigenous beliefs would be executed for heresy and witchcraft.

Interpretatio graeca and Interpretatio romana, are similar concepts: associate or compare another cultures traditions and customs with the beliefs of the Greek and Roman Empires.

This practice is what we call “Cultural Appropriation” today and is a key element in becoming “White”.

This obliteration of our indignenous Germanic Tribal beliefs, the white washing of our culture, and incorporation of our people into the Holy Roman Empire system of governance, gradually evolved many of our ancestors into becoming the perpetrators of the same atrocities, which were unleashed upon their expansion onto the North American Continent. Thousands upon thousands of sacred sites to the indigenous Tribes of North America have been wiped out, replaced with Christian buildings, symbols, and graveyards.