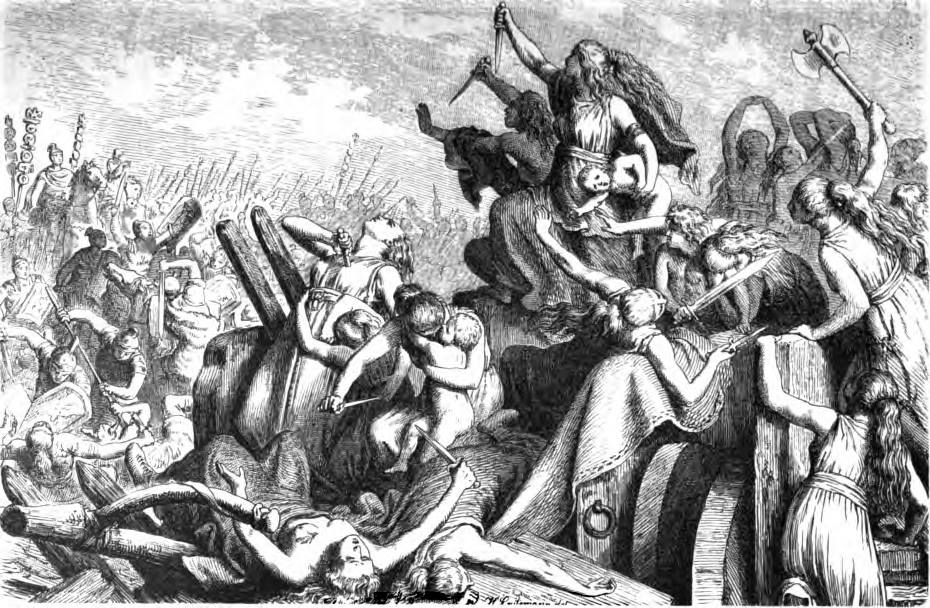 Barbarian – a person in a savage, primitive state; indigenous; uncivilized person; a person without culture, 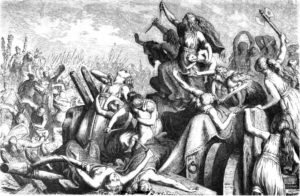 Two thousand one hundred years ago, the Romans were suffering through a series of defeats at the hands of the three major Germanic Tribes of the time, collectively called by the Romans: The Barbarians.

The Teutons, the Ambrones, and the Cimbri. A confederation of indigenous Germanic and Celtic people, under the leadership of King Teutobod, whose name means “Raven People” in the ancient Celtic language, Gaulish.

Rome decided to place Gaius Marius in command of its forces, naming him General and Consul, a position he held an unprecedented seven times during his life. Today, he is sometimes referred to as the “Third Founder of Rome”.

The Battle of Aquae Sextiae took place in 102 BC, after the Teutons and Ambrones split from the Cimbri. This split would be a tragic decision that resulted in a Roman “divide and conquer” strategy still used today to subdue uprisings.

The Romans were outnumbered three to one, and had been defeated by Teutobod time and time again. But Gaius Marius was about to change all of that. He was brutal, decisive, and had revamped the Roman military and its tactics.

Gaius enticed Teutobod to attack his front line, and he took the bait, but Gaius had hidden a force of four thousand men, led by Claudius Marcelus, his second-in-command. They circled behind the charging Barbarians, and slaughtered them.

The Romans only lost one thousand soldiers.

Among those captured, was King Teutobod himself, who was shackled in irons, and brought to Gaius to negotiate the surrender of his people and of Germania.

As part of the conditions of surrender, three hundred married prominent Tribal women were to be given to the Romans to serve as concubines.

The matron women begged to meet with Gaius to request that they instead be allowed to serve in the temples of Ceres and Venus rather then become concubine.

When the three hundred women heard this news, they killed all of their children.

The next morning, all of the women were found dead in each others arms. They had strangled each other in the middle of the night in mass suicide, rather than become sex slaves to the Roman Elite.

After this single battle, and the resulting prolicide and suicide, the Teutones and the Ambrones were virtually wiped out.

This paved the way for massive Roman expansion into Germania, the annihilation of Tribal culture and indigenous belief systems, and the assimilation of the Germanic Tribal people into Roman culture. Whitewashing began.

It set back all significant Tribal resistance for nearly six centuries.